I presently work as a data scientist for a company that specialises in data integration in the agriculture industry. I work in the highly specialised modelling and analytics team meeting the diverse needs of internal and external clients, capitalising on my multidisciplinary background. I primarily programme in Python and SQL, and use Tableau and PowerBi amongst other tools, to create outstanding data visualisations, predictive models and interactive reports. I manage our successful internship programme and I have redesigned internal reporting for finance, project management and user interactions. Additionally, my code refactoring has resulted in runtimes being reduced 80x. A key part of my role is communicating my work to our non-specialised colleagues and our range of clients. I was seconded to Weatherbys Private Bank to kickstart their data science programme.

This page is a brief over view of the most important positions that I have held over the last 10 years. Along with my PhD, they have all helped me develop a collection of profession skills, which include:

I was able to keep up my teaching while was doing my PhD. I demonstrated on lots of things, in labs, tutorials, as well as UK and international field courses. 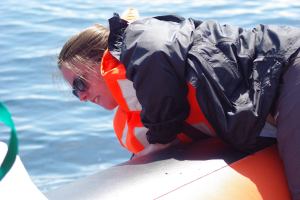 In the Department of Epidemiological Sciences I provided support for projects that tackle diseases in the UK. I used VBA programming for access and excel to analyse data for epidemiological reports, in addition I contributed to several national and international publications as well as producing several sole author communications.

I was the lead researcher on a project entitled Geometric morphometric analysis of G protein-coupled receptor structure. We won competitive funding based on both the potential impact of the project and my own research track record. I used specialised programmes to analyse 2D and 3D data.

This position was varied and demanding. I needed the  ability to learn new skills and update my knowledge on a regular basis, to keep up to date with progression in the field of equine science. Working as module tutor, course tutor and dissertation supervisor meant professional skills like statistical analysis, critical literature reviews and research are part of the day to day role. I was in charge of the first and second years of the four degrees offered at Myerscough. Myerscough College is a land based college, and an associate school of UCLan. I was a part of the Periodic Course Review process, personally responsible for writing and validation of new modules across the degrees.

The range of degrees in the equine department meant that I often had to adapt my teaching style to the student and the topic. One of my favourite parts of the position was the supervision of dissertation students. I would work with them to develop their ideas in to research questions, and design and carry out appropriate methods, through to the analysis and presentation. My students worked on a range of projects, from physiology and reproduction, to the equine economy.

I was the lead for the departmental research, which was on athletic development of young riders. This was a completely novel research field for me. I managed this project from design to deliver. It required quantitative analysis of large data sets, it was successfully concluded when I presented the findings at two international conferences.

This was a role that I did both full and part time. I was responsible for the business management of a start up training facility. I also taught inexperienced horses and riders. This took a lot of self motivation and discipline. Making and maintaining professional relationships was a large part of what I did, in order to build up a lasting client base. My understanding of animal behaviour and biomechanics was essential. 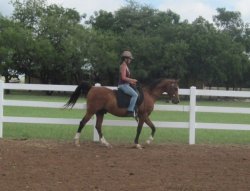 I am a type II qualified wildland firefighter. This means that I can work on both wild fires and controlled burns. This is a job that needs excellent communication, team work, and rapid responses to changing challenges.

I wanted more practical working experience when I finished my MSc. I worked as a volunteer at the Israel National Park centre, near Eilat, in the Arava desert. The working team was a mixture of volunteers of different nationalities and experiences. We provided care for a range of native species, while managing improvement projects and public engagement.

Georgette the boa and Malka the wolf 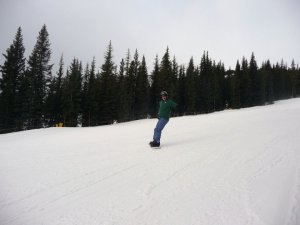 Penrice, S., Humphries, S. and Deeming, D.C. (in prep) Use of allometry of skull anatomy on the biological characteristics of extinct stereospondyls. Final draft to be submitted to Paleobiology.

Penrice, S. and Deeming, D. C. (in prep) Orbit position in extinct Stereospondyl amphibians was not a function of rostrum length, Final draft to be submitted to Palaeontology

Penrice, S. and Ruta, M. (2017) Jaw structure and bite potential, In: A Multidisciplinary Perspective on Human-directed Aggressive Behaviour of the Dog and its Management. Ed. D Mills 5M Publishing In press.

Thesis: Genetic and phenotypic variation within a colony of the Northern Fulmar Fulmarus glacilis